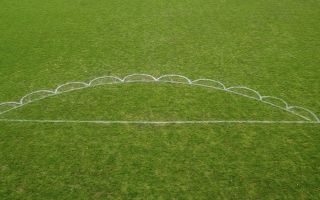 As part of Ginsters of Cornwall’s partnership with the EFL, 36 English Football League grounds will be crimping their penalty-box Dson the opening weekend of the 2018/19 season in August.

The move is designed to celebrate the company’s iconic Cornish pasty.

Ds are the semi circles attached to each 18-yard box, situated just outside of the area. They are there to mark out exactly 10 yards from the penalty spot to help the referee manage potential encroachment. 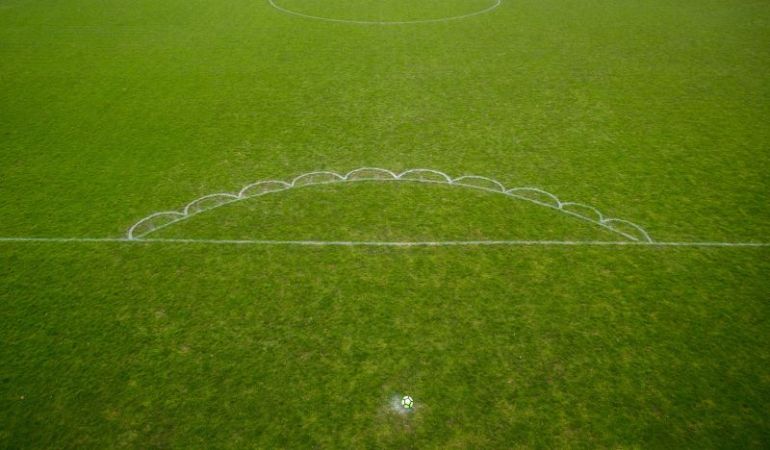 This is a crimped D: How EFL clubs will mark out their penalty areas on the opening day of next season

A temporary crimping of the Ds was approved after Ginsters were instrumental in re-training official EFL groundsman to ensure the crimped Ds would be delivered within the PGI status of the Cornish pasty.

Ginsters will continue to work with referees to ensure all penalty kicks during the first matches of the 2018-19 season adhere to the 10-yard ‘crimp’ zone.

Crimping is a technique used by master-bakers as a means of sealing a pasty to keep its contents in place. In this instance, the crimping effect will be simulated by the drawing of additional pitch markings using a paint-roller.

A statement by Ginsters read: “As official Savoury Pastry Partner of the EFL, Ginsters of Cornwall is proud to announce that all English Football League grounds will be crimping their penalty box Ds for the opening game of the 2018/19 football season in August – in celebration of the partner’s iconic Original Cornish Pasty.

“Following discussions with the EFL, it has been revealed that all 36 Clubs playing at home will display the specially designed penalty arc on the opening day of the season during the weekend of 4-5 August. It’s the first time since the arc was introduced in 1937 that a change to this area has been permitted.

“Like Ginsters, the EFL prides itself on innovation and will be making a full statement later in the week.” 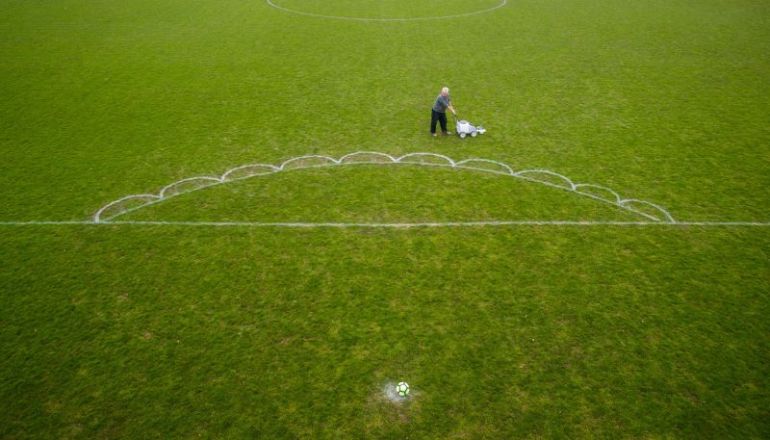 Ginsters Cornish pasties have 10 crimps and EFL clubs will be obliged to follow suit on each D.

According to AF, League One Plymouth Argyle, who wear the Ginsters logo on their shirts as part of a club sponsorship deal, have also asked the EFL for permission to crimp the centre circle, corner quadrants and the managers’ technical areas at Home Park should the stadium host a match on the opening weekend.

However, permission has not yet been granted, nor was it requested by Ginsters themselves. 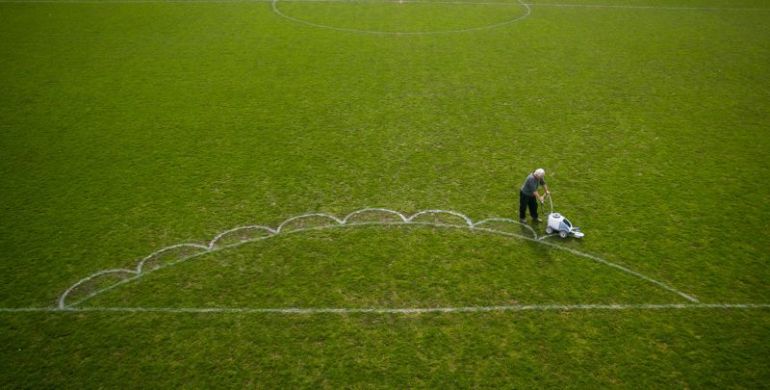 Ten things you have to know about the Cornish pasty

1. The pasty is thought to have been part of Britain’s diet since the 13th Century when it was favoured by the wealthy upper classes and royalty. In those days, the fillings would be rich and lavish such as venison, beef, lamb and seafood.

2. It was the Cornish tin mining industry in the 19th Century that really catapulted the Cornish pasty to fame and made it an integral part of Cornish family life. Adults and children alike took pasties down the mines for a mid-morning snack. The distinctive D shape came about because the miners used the crust as a handle to prevent contaminating the food.

3. In 1969 Geoffrey Ginster, with his two sons (Gerald and Barry), began making their own pasties from an old egg packing barn in Callington, Cornwall and is now the UK’s favourite pasty!

4. The traditional recipe for a Cornish pasty is beef with onion, potato and swede, which cook together to create a delicious, rich gravy. Nothing is cooked before going into the pastry.

5. The Cornish Pasty Association (of which Ginster is a founding member) achieved Protected Geographic Indication (PGI) status for the Cornish Pasty, which means that in order to call a pasty a Cornish Pasty it has to be made in Cornwall to an approved recipe.

6. You don’t have to be in Cornwall to enjoy a pasty! Ginsters traditional Cornish Pasty is sold chilled in the supermarkets across the whole of the UK for all to enjoy – RRP £1.70

8. Ginsters Original Cornish Pasty has PGI status (Protected Geographic Indication), which means it is made in Cornwall and from a Cornish pasty recipe. Ginsters carefully sources only quality British meat and vegetables, and complements this with a secret blend of spices. If you fancy something different, Ginsters also makes other pasties too – its Chicken & Bacon Pasty is a winner and there’s a brand new Cornish Cheddar and Caramelised Onion Pasty – ideal for the veggies out there.

9. The saying ‘oggie, oggie, oggie’ has its roots in the Cornish tin mines as the word oggie from Hoggan, the Cornish word for pasty. Some mines had stoves to warm up the pasties, and Hoggan was shouted down the mine when they were ready for eating. In reply the miners would shout ‘oi, oi, oi!’

10. The pasty is so celebrated in Cornwall that the Cornish rugby team suspends a giant pasty above the bar if they are playing in an important game.