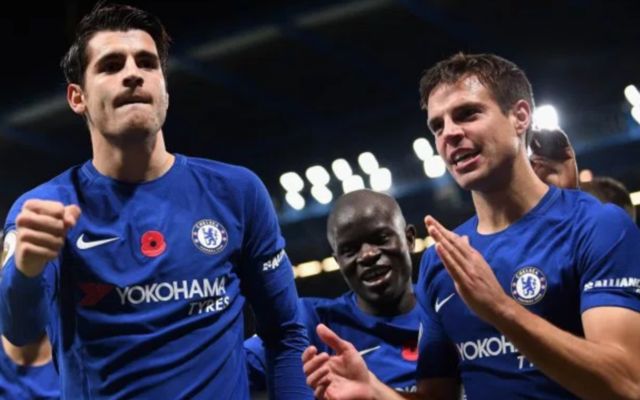 Real Madrid are reportedly considering a surprise move to re-sign Alvaro Morata from Chelsea just a year after selling him to the Blues.

The Spanish giants may be regretting letting Morata go after he performed well for them in a super-sub role last season, though he deemed this unsatisfactory as he left the club in order to play more regularly.

And while the 25-year-old has certainly enjoyed more opportunities at Stamford Bridge, he has not exactly looked like fully settling in English football.

Morata’s form has been patchy at best, with the Spain international making a decent start before seeming to completely lose his touch in front of goal for the Blues.

Remarkably, Morata has just one goal in his last 14 games for Chelsea – with his recent FA Cup goal against Leicester City the first one he’d scored for the club since Boxing Day.

Real Madrid may still be interested in offering him an escape, however, with the Daily Express claiming he’s on their radar as an alternative to Bayern Munich front-man Robert Lewandowski.

Could Chelsea flop Alvaro Morata seal a transfer back to Real Madrid?

The Metro recently reported that Morata was also being looked at by Bayern as a replacement for Lewandowski, and that he’d likely cost around £58million.

Chelsea may no doubt be tempted to cash in on a player who’s clearly struggled for them, with Morata never really looking anything like a good enough replacement for last season’s top scorer Diego Costa.

Still, given the Blues’ recent woes in the transfer market, letting the former Juventus man go and then needing to find another replacement could prove tricky and another risky move.