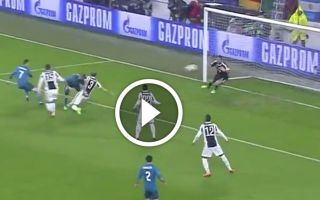 Cristiano Ronaldo took just three minutes to break the deadlock as Real Madrid scored a crucial away goal against Juventus in Turin.

The Portuguese superstar has been in stunning form in recent months after a slow start to the campaign, as he now has 38 goals in 36 games.

SEE MORE: ‘Why is Zidane obsessed with him?’ – Real Madrid fans react to starting line-up vs Juventus

On top of that, he set another record on Tuesday night with his effort against Juve, as he became the first player in the Champions League to score in 10 consecutive games, a run stretching back to last year’s final against the Italian giants.

That’s now 118 goals in the competition in total, as the impressive numbers roll on as he continues to shine on the biggest European stages.

Albeit there’s a long way to go in the tie, it was the perfect start for the visitors who will be delighted to grab an away goal as the pressure will now only mount on Juventus to respond.

With a player of Ronaldo’s quality in the final third though, few would back against him adding to his tally over the course of the two legs as he showed great movement and predatory finishing below to get on the scoresheet.

Another game, ANOTHER Cristiano Ronaldo goal!

He puts Real Madrid ahead inside three minutes ?? pic.twitter.com/f7G8PwVuFY