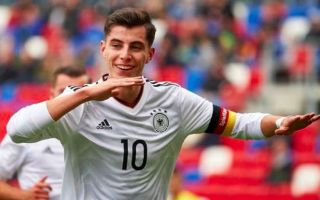 Arsenal sent scouts to watch exciting Bayer Leverkusen midfielder Kai Havertz in action as they consider a transfer for the German starlet.

This is according to 90min.com, who claim the Gunners had scouts watch the 18-year-old in action for Germany Under-19s during the international break when Germany were defeated 5-2 defeat at the hands of Norway last week.

SEE MORE: What Leonardo Bonucci is urging AC Milan to do in summer transfer window

Havertz, could follow in the footsteps of his idol, Mesut Ozil, and make a move to the Emirates.

“I look up to Mesut Ozil. He plays football the way I like it,” he said.

“He’s always calm with the ball, never stressed. I love watching his games.”

Interestingly, his playing style has been compared to the Arsenal playmaker, however,the official Bundesliga website referred to Havertz as the “next Michael Ballack” as he has a physical style to his game, is good in the air and has a powerful shot too.

Leverkusen captain Lars Bender said: “I have never seen such a complete player at the age of 17.” 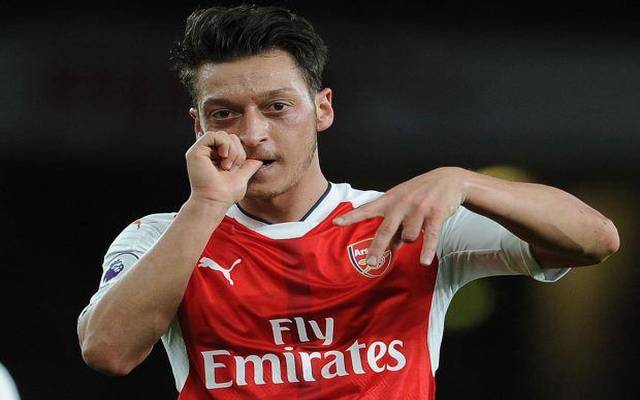 Havertz looks up to Ozil

Who is Kai Havertz?

Havertz became a first-team player for Bundesliga club Bayer Leverkusen at the age of just 17, when he was introduced as a second-half substitute for Charles Aranguiz in a 2-1 defeat to Werder Bremen on October 15, 2016.

He has played over 50 senior games for the club, scoring seven goals.

Havertz started his career with Alemannia Aachen before joining the German outfit at the age of 11 in 2010.

He was handed also his first Champions League start on February 21, 2017, and ended the 2016-17 campaign with four goals and six assists in 28 games in all competitions.

For the German U19’s he has scored an impressive six goals in five games.