Chelsea have been dealt a boost regarding the future of Belgian international Eden Hazard, with Spanish giants Real Madrid reportedly having second thoughts about making a move for the player.

The Evening Standard are reporting that Hazard turn of form has made the European champions think twice about whether they want to make a move for him, and that the fact that they currently have Marco Asensio at the club may discourage Los Blancos further from making a move.

The news outlet are also stating that the west London side are keen on tying the Belgian international down to a new deal that we see him increase his current £200,000-a-week wages, something that’ll be good news for Blues supporters. 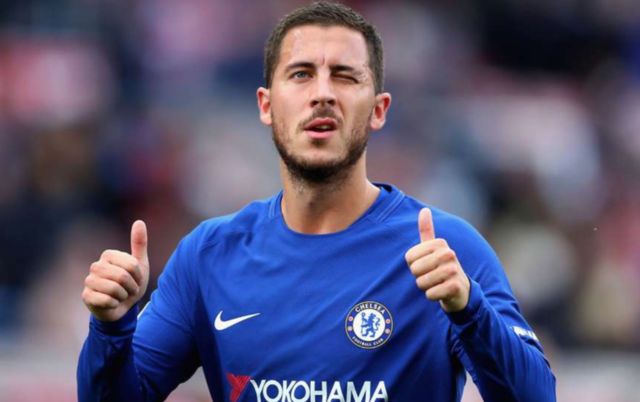 It’s clear for all to see that Hazard hasn’t been at his best this season, with the Belgian looking like a shadow of the player we saw steer the Blues to the Premier League title last season.

Despite managing to clock up 15 goals and 11 assists in all competitions this campaign, Hazard’s poor form has been one of the reasons why the Blues look to be only able to secure Europa League football for next season.

Last season the former Lille winger was absolutely sensational for the west London side, however the same can’t be said for this term.

If Los Blancos do end up pulling out of the race for Hazard, it’ll come as a big boost for the Blues, who surely would’ve been scared to potentially see the star leave Stamford Bridge.