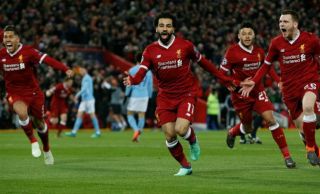 Liverpool took one big step towards the Champions League semi-finals with an emphatic 3-0 win against Premier League rivals Manchester City on a rocking night at Anfield.

The Reds raced into a 3-0 lead after just half an hour thanks to goals from Mohamed Salah, Alex Oxlade-Chamberlain and Sadio Mane to put City in real danger of being knocked out of Europe.

Here’s our round-up of the good, the bad and the weird from a memorable first leg encounter…

Plenty of good, where do we start?

First things first, Liverpool’s football was superb once again, with Mohamed Salah unsurprisingly the jewel in their crown with a well-taken goal and peach of an assist for Sadio Mane on the third goal.

Alex Oxlade-Chamberlain with an absolute screamer!

Oxlade-Chamberlain’s long-range screamer was so good it deserves a line of its own, and it’s worth remembering the England international never once played in a Champions League quarter-final in eight years at Arsenal. Now his sublime strike may have helped Liverpool reach this season’s semis.

And it wouldn’t be a European night at Anfield without mentioning *that* atmosphere. It’s become a bit of a cliche in recent years, but tonight the place really was rocking and it seems pretty clear City’s players couldn’t cope with it.

The atmosphere at Anfield tonight has been incredible. ?? pic.twitter.com/fYnMU2Wtvj

Aside from the obvious in that City were poor, having plenty of the ball but doing little with it, there is also bad news for Liverpool tonight.

Salah, who is now on 38 goals this season, had to go off injured and Jurgen Klopp also withdrew Roberto Firmino later on, though he didn’t appear to have anything wrong with him, so it may have been caution from the boss given the Salah incident. 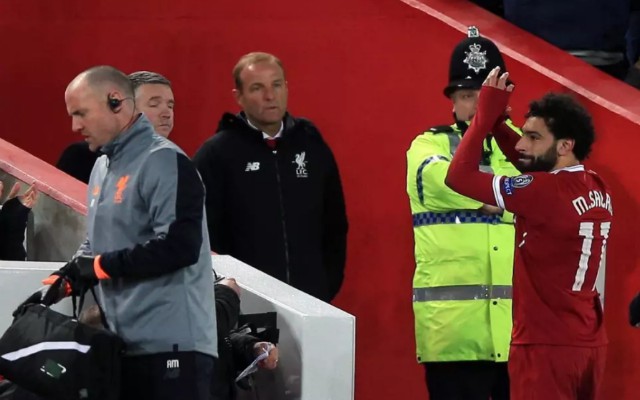 James Milner has seven assists in the Champions League this season – more than any other player in the competition. Just let that sink in.

Okay now that you’ve let that sink in, check this out…