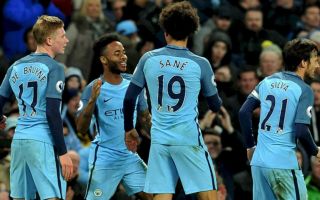 It’s nearly time for the crunch Champions League quarter-final first leg as Liverpool hosting Manchester City in what promises to be a game full of drama and entertaining.

Both teams have prepared for this tie with wins under their belts, following on from their Premier League games at the weekend.

The big news emanating from the Manchester City is the injury to Sergio Aguero picked up on international duty – meaning he will not be fit to face the Reds.

Pep Guardiola revealed that whilst his striker was on the road to recovery, the game would come too soon for him.

Liverpool are the only team to beat City in the Premier League this season, an entertaining 4-3 victory in January, however the Reds will be looking to avoid conceding any away goals.

What time is Liverpool vs Man City kick-off?

Liverpool host Manchester City in the Champions League tonight at Anfield with kick-off scheduled for 7.45pm on Wednesday, April 4.

Liverpool will be hoping to have Emre Can (back) return to the side, after missing the win over Crystal Palace.

However, Joe Gomez (ankle) is expected to miss the game with the knock he picked up with England.

John Stones (head) and Fabian Delph (knock) are all in line to return for City, however Benjamin Mendy (knee) remains out.

Danilo could return to the starting XI should Delph not be fit to start.