Stoke City host Tottenham Hotspur in the Premier League this weekend with both sides needing a win for different reasons.

Stoke are fighting for their survival and are languishing in 19th position in the league.

Paul Lambert’s men face a north London side for the second consecutive week after losing to Arsenal 3-0 at the Emirates after putting in a spirited performance until the latter stages of the game.

However, the home side are without a win in eight games.

Spurs will be buoyed by their memorable victory against Chelsea at Stamford Bridge for the first time in years and will look to cement their chances of a top four finish.

When is Stoke vs Tottenham and what time is kick-off?

The game gets underway at the bet365 Stadium at 3pm on Saturday, April 7.

Stoke vs Tottenham TV channel and can I live stream it?

Stoke City vs Tottenham Hotspur is not being shown live.

The game will be available on Sky Sports on Saturday evening, with highlights on BBC’s Match of the Day at 10.30pm. 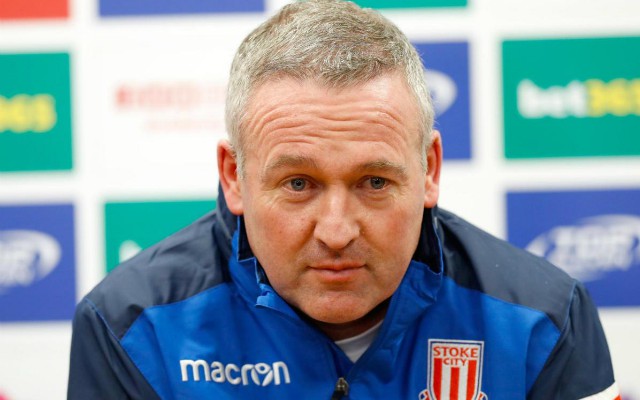 Harry Kane could start for Spurs after coming off the bench against Chelsea.

Son, who has been deputising for Kane upfront, could move back to his favoured left-forward position.

Toby Alderweireld appears to have overcome an hamstring injury, but he has been overlooked by Mauricio Pochettino in recent weeks while Harry Winks remains sidelined.

Stoke may be without Kurt Zouma who is a serious doubt to play against Spurs.

Konstantinos Stafylidis has a rib injury, while Lee Grant (wrist) and Eric Choupo-Moting (groin) are also out.