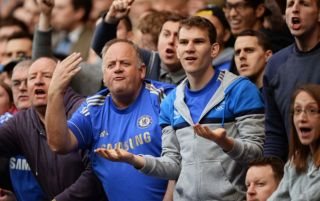 Chelsea fans took to social media this afternoon to slate the performance of England international and Blues captain Gary Cahill for his below par performance against West Ham in the Premier League this evening.

The Blues took the lead thanks to a goal from Cesar Azpilicueta, however a strike from substitute Javier Hernandez saw the match end 1-1 at Stamford Bridge.

The result now means that the west London side now sit 10 points behind London rivals Spurs in 5th position, with Antonio Conte’s needing something close to a miracle should they want to secure Champions League football for next season.

During, and after, the match fans took to social media to slam the performance of Cahill, as it was his costly error that allowed the Hammers to score and all but end Chelsea’s hopes of finishing in the top four.

Here are a few select tweets from fans slating the defender’s performance on Sunday, as the Blues failed to hold on against David Moyes’ side.

What was the point in playing Cahill today? We found out something we already know. He is well past his best and not good enough for Chelsea. Even Southgate knows he is done.

Cahill is awful hope he gets chucked on his way in the summer and take Fabregas and Pedro with him ????

Cahill is such an awful defender, how is he still getting a start?

Pedro, Cahill need to be shipped out asap. So so poor

Cahill is so poor it's unreal