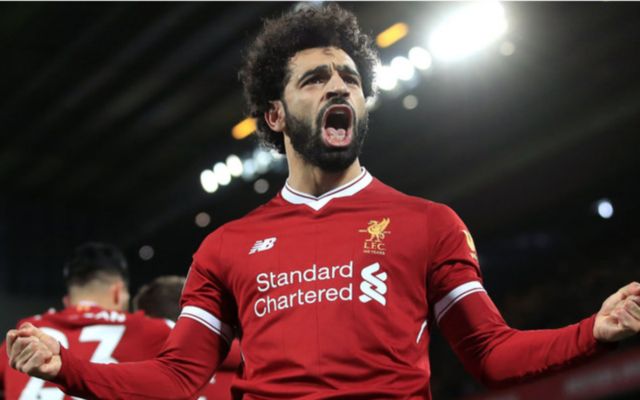 Reports in Spain continue to link Real Madrid with a swoop for Liverpool ace Mohamed Salah this summer, with a swap deal now being touted.

The 25-year-old winger has been a revelation for the Reds this season, scoring 38 goals and providing 13 assists in 43 appearances in all competitions.

In turn, he has undoubtedly established himself as a fundamental figure for Jurgen Klopp’s side, one that they will be desperate to avoid losing given his impact and influence this year.

However, according to Don Balon, as re-reported by The Express, Real Madrid have other ideas. It’s claimed that the Spanish giants are willing to offer Gareth Bale and Karim Benzema in exchange for the Egyptian international, with no mention of a fee being part of the deal.

Whether that’s enough to convince Liverpool to at least listen to their offer is debatable, as while Bale could be a direct replacement for Salah, Benzema would offer quality depth and competition alongside Roberto Firmino up front.

With Salah’s goal tally this season in mind though, even being offered Bale doesn’t seem like a great deal. The Welshman has struggled with injuries in the past too, while Benzema has managed just nine goals in 37 appearances so far this season.

It makes plenty of sense from a Madrid perspective, as they’ll be offloading two players who arguably aren’t indispensable in their long-term future and would be bringing in a 25-year-old in the form of his life and with his peak years still ahead of him.

From Liverpool’s point of view, following on from selling Philippe Coutinho in January, they’d be losing another key figure in their side and will be at risk of upsetting the balance and progress made this season.

Given how he has become an instant hero with the Anfield faithful, a Salah exit would certainly be a hugely unpopular decision with the supporters too.