Chelsea are reportedly ahead of Premier League rivals Arsenal and Liverpool in the running to seal the transfer of Napoli centre-back Kalidou Koulibaly.

The Senegal international has shone in Serie A for a few years now, and has regularly been talked up as a potential target for Chelsea, particularly since Antonio Conte took the job at Stamford Bridge.

Still, the Italian tactician’s connections in Serie A have not been enough to bring Koulibaly to Chelsea and it’s still not entirely clear if the player is all that keen on moving to west London.

Arsenal and Liverpool are said to be in the running, though Chelsea are described as being ‘in the lead’ for the 26-year-old’s signature, according to Corriere dello Sport, translated by Sport Witness. 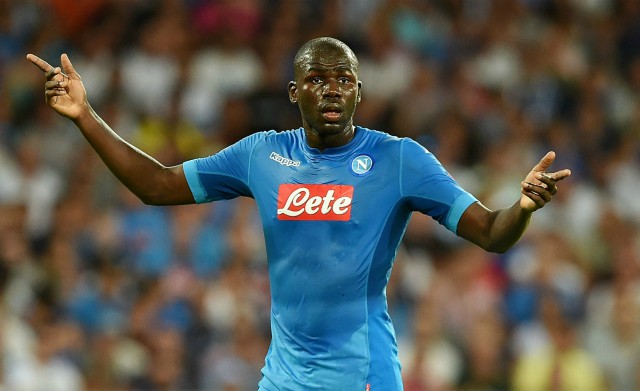 Kalidou Koulibaly is being linked again with a transfer to Chelsea

The report claims Chelsea have previously seen a €58million bid for Koulibaly rejected, but that they are prepared to come back in for him in the summer, though it’s also stated he may need convincing to move as he’s happy where he is.

Chelsea could certainly do with a defensive addition of his quality after some unconvincing form from the likes of David Luiz and Gary Cahill this season.

Arsenal and Liverpool also need to tighten up at the back with upgrades on the likes of Shkodran Mustafi and Dejan Lovren, respectively.