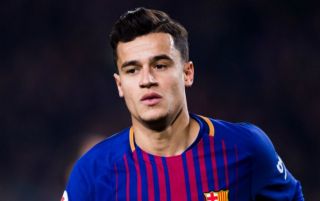 Liverpool enjoyed a great night on Tuesday, as they secured a 5-1 win over Manchester City on aggregate to advance to the semi-finals of the Champions League.

In contrast, Barcelona crashed out after a stunning collapse at Roma, losing 3-0 in the Italian capital as the Serie A giants progressed on the away goal rule.

All that meant that the Reds and Roma will now look forward to the semi-final draw on Friday, and while they were busy celebrating their success over City, many Reds supporters also took the opportunity to have a brutal swipe at former playmaker Philippe Coutinho.

The Brazilian international left Anfield to join Barcelona in the January transfer window, and he made it clear that he aspired to win major honours with the Catalan giants.

“I really want to win big titles, it was one of the reasons that made me sign for the club. I want to win as many as I can, I don’t have preferences,” he said in February, as noted by ESPN.

Well, it seems that Liverpool fans didn’t forget his comments, as seen in the tweets below, as they trolled him following Tuesday night’s results.

Coutinho was ineligible to play for Barcelona in their Champions League run this season, but it would undoubtedly have been equally as painful watching from the sidelines.

Social media seemingly won’t be a kind place for him in the mean time judging from the reaction below, with Liverpool supporters taking the opportunity to troll him. Ouch.

Who the Fuck is Coutinho?

Barcelona go out. Coutinho where you at?

Coutinho, where you at!? HAHAHA

Looking for Coutinho and Sterling in the semi finals of the Champions League… pic.twitter.com/lWsczg2QRr