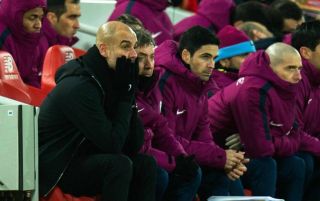 The Portugal international posted on Instagram after the game and was clearly aggrieved at one or two decisions that went Liverpool’s way – with one in particular coming to mind.

MORE: Liverpool did something no team has done before vs Manchester City

City went 1-0 up early on before going on to lose 2-1 to Liverpool on the night, and 5-1 on aggregate, but they had what looked a perfectly good second goal ruled out shortly before half time.

While the recent inclusion of VAR in some competitions has been met with a degree of hostility, Silva feels it could have been useful on this occasion as City were denied a goal that could have changed the course of the game.

Pep Guardiola’s side were dominant in the first half and going in at the break 2-0 up would have really given Liverpool something to worry about, but they got away with a goal wrongly flagged offside when the pass actually came from their own player.

Silva couldn’t help but mention this in his Instagram post after the game, saying: ‘Ps: @championsleague could you guys start using the VAR next season? It might be useful.’