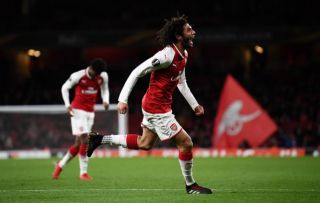 Arsenal fans are in a pretty good mood tonight as they made it into the Europa League semi-finals following their 2-2 draw with CSKA Moscow.

It wasn’t all plain sailing tonight, however, with the Gunners going 2-0 down and suffering a real scare, particularly in the wake of some other fantastic comebacks in the Champions League this week.

MORE: Arsenal survive CSKA Moscow scare thanks to two surprise stars rising to the occasion in the Europa League

Mohamed Elneny played a big role in calming the nerves with a solid midfield display, and he also had a rare impact going forward with two fine assists to level the game.

For the first for Danny Welbeck, Elneny could be seen watching with great intent as his team-mate raced onto his perfectly-weighted through-ball before finishing with aplomb and netting that crucial away goal. 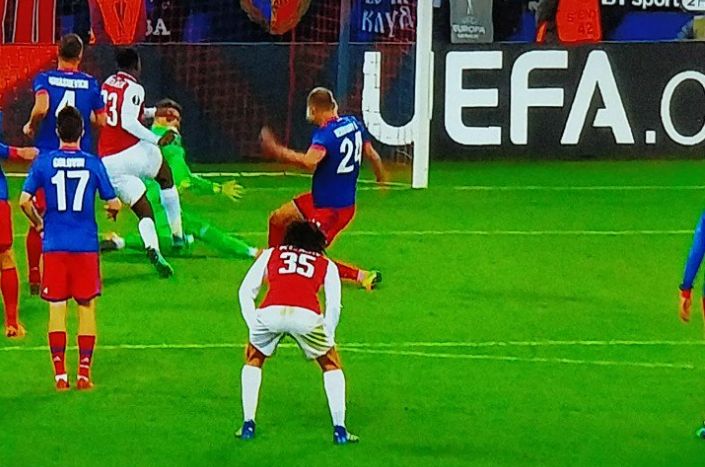 Arsenal fans loved it as a neat little moment to sum up the Egyptian’s desire to help the team back into the game, with a passionate celebration following once he’d seen Welbeck had put it away.

Elneny watch his pass like a golfer watching his putter to sink. pic.twitter.com/7Ma1smlJZw

Love the body language of Elneny after this pass. Like a golfer watching a drive off the tee https://t.co/56bhG3snm1

ElNeny laid that ball on for Welbeck and was watching like he was at a bowling alley waiting for the strike.