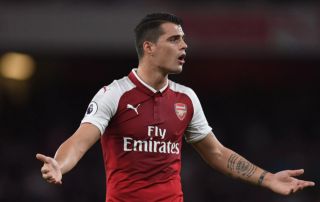 The Gunners are the favourites to progress to the semi-finals, however, but they will be wary of results over the past two days in the Champions League, so they will not take the Russian side lightly.

Arsene Wenger’s record doesn’t bode well in Russia too, as he has never won on his three visits their.

However, the north London side are 4-1 up and have a number of first-team players to return to the squad including: Mesut Ozil; Aaron Ramsey and Laurent Koscielny.

Sadly, Granit Xhaka will be missing with flu but Petr Cech will start again in goal.

CSKA are without Viktor Vasin and Mario Fernandes.

Is CSKA vs Arsenal on TV? And is there a stream?