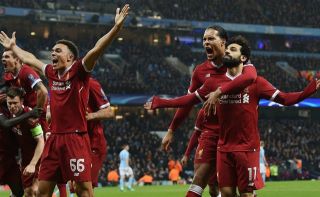 After Liverpool’s heroics in the Champions League on Tuesday night, their focus will now turn to securing a place in next season’s competition, as they host Bournemouth in the Premier League.

The Reds came back from a goal down to secure a 2-1 win at Manchester City to reach the last four of Europe’s premier competition.

A top four place is almost assured, but Jurgen Klopp’s men would love nothing more than to overtake rivals, Manchester Utd, who are four points ahead.

As for the Cherries, they have only won one of their last five games but sit in 11th position and are only two points away from achieve 40 points this season.

When is Liverpool vs Bournemouth and what time is kick-off?

Liverpool host Bournemouth at Anfield with kick-off scheduled for 5:30pm on Saturday, April 14.

Can has been confirmed out for the rest of the season – but Mo Salah is set to start and chase the Golden Boot after coming unscathed against City.

As for Bournemouth, Eddie Howe will be hoping that Jordon Ibe (illness) and Tyrone Mings can return.

However, Adam Smith and Junior Stanislas (both knee) will miss the trip to Anfield.