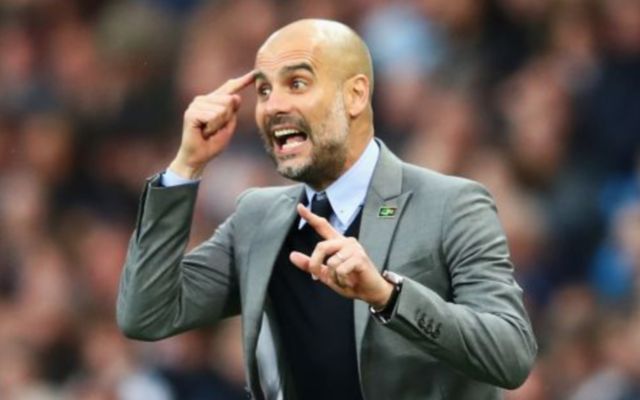 It’s been a disappointing week for Man City and Pep Guardiola, as they saw their Champions League hopes ended by Liverpool.

Coupled with that enthralling quarter-final tie, the Premier League leaders were forced to wait to celebrate winning the title by rivals Man Utd, as they capitulated in the second half at the Etihad last weekend to suffer a 3-2 defeat to the Red Devils.

SEE MORE: Liverpool did something no team has done before vs Manchester City

Whether it’s a case of running out of steam as we close in on the end of the campaign, City have gone from being everyone’s popular choice to do a quadruple this season to now likely having to settle for a domestic double along with the League Cup which is already secured.

From Guardiola’s perspective though, what this past fortnight has perhaps exposed is that he’s still short in some key departments. According to The Telegraph, he has over £230m worth of talent in mind this summer as he targets a defensive midfielder, forward and centre-half.

It’s suggested that £40m+ could be spent on one of four midfield targets, £90m-rated Thomas Lemar is on the City radar, £60m-rated Riyad Mahrez could still be a target while £40m Toby Alderweireld could emerge as the solution at the back with all specifically named in the report along with possible price-tags.

That’s a pretty ambitious transfer shortlist in truth, and given the amount of spending that Guardiola has already done at Man City, it’s incredible that the club hierarchy are potentially going to back him in making the squad even stronger.

That’s a worry for their rivals, as although they have faltered in recent games, they have set a very high standard for the most part this season and others including Man Utd, Liverpool and Tottenham have not been able to keep up the pace in the Premier League.

Adding quality players in key areas to shore things up and add much-needed depth will make City a more dangerous prospect next season across all fronts, and based on this report, not only does Guardiola have his targets in mind, but he will get the backing from Man City to go out and spend big again.