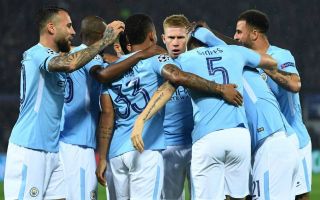 Tottenham Hotspur host Manchester City in the Premier League this weekend, with City looking to bounce back after a tough couple of weeks.

Pep Guardiola’s side have endured their most difficult spell of the season thus far, and have lost three games on the bounce.

They were knocked out of the Champions League quarter-finals to Liverpool on Tuesday night and failed to win the Premier League title against rivals Manchester Utd last weekend – after surrendering a two goal lead.

Tottenham are primed for another top four finish this season and have not lost in 2018.

They beat Stoke last weekend 2-1, and avoiding defeat on Saturday evening will mark a new club-record unbeaten run of 15 games.

When is Tottenham vs Man City and what time is kick-off?

Tottenham full-back Kieran Trippier is a doubt as he struggling with fatigue.

Serge Aurier may start in his place, should he not start.

Harry Kane will be looking to chase down Mohamed Salah’s 29 Premier League goals after he was awarded the goal at Stoke last weekend.

John Stones (groin)  is unlikely to feature and Benjamin Mendy (knee) is still out.