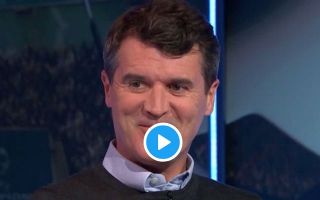 ITV Sport pundit Roy Keane conceded that Liverpool have made massive improvements in defence which has led him to backtrack on previous comments.

Earlier in the campaign, he raised valid question marks over the Reds backline as they undoubtedly looked far from solid in that department.

SEE MORE: Liverpool did something no team has done before vs Manchester City

To their credit, Liverpool have improved significantly in recent months, and that has certainly been a key factor in Jurgen Klopp getting the desired results at both ends of the pitch.

Having now booked their place in the Champions League semi-finals, where they could come up against either Roma, Real Madrid or Bayern Munich, Keane was asked about his earlier comments on their defence coming undone against the top sides in Europe.

The former Manchester United midfielder essentially suggested that the Merseyside giants would struggle to get this far as they couldn’t keep things tight at the back.

However, despite giving them credit and noting their improvement, he was still blasted by some Liverpool supporters as seen in the tweets below as they seemingly perceived it as back-tracking on over-the-top criticism earlier in the campaign.

Liverpool undoubtedly did a great job of containing Manchester City in the quarter-finals, shutting them out at Anfield before holding strong in the second half at the Etihad to advance to the last four.

They’ll need to continue that form regardless of who they get in the next stage though as it’s going to test their ability to defend well.

“‘The defence was always the biggest concern for me”

Has become everything he hated, Mr. Soundbite

That’s why he’s only on the itv highlights show at 10:45 pm that hardly anyone watches