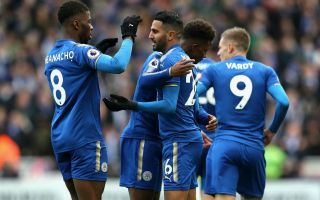 Burnley host Leicester in the Premier League this weekend with both sides eyeing a place in Europe next season.

Burnley are in pole position to create history as they have won their last four games in a row.

Seventh place in the Premier League will be enough for a European spot, provided Southampton do not win the FA Cup, and the Clarets are six points ahead of the Foxes.

Leicester won the reverse fixture 1-0 in December, however, their confidence will be low after they lost to Newcastle last weekend.

But they will look for inspiration from in-form striker, Jamie Vardy, with the Foxes are looking to win three consecutive away Premier League matches for the first time since April 2016.

When is Burnley vs Leicester and what time is kick-off?

The match will be held at Turf Moor.