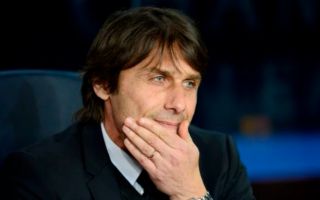 It’s been a difficult second year in charge for Chelsea boss Antonio Conte, and that in turn is continuing to lead to speculation over his future.

It all started so positively for the Italian tactician, as he won the Premier League title in his first campaign at the helm, and had seemingly put the building blocks in place to establish real success in England.

However, with the addition of European fixtures to the schedule for a strained squad, they haven’t been able to consistently get going this season, albeit they remain in the hunt for the FA Cup to avoid ending the season empty-handed.

According to The Mirror though, Chelsea are continuing to consider their options with Napoli coach Maurizio Sarri being targeted as a possible successor for his compatriot.

The 59-year-old has earned plenty of praise this season, not only for the fact that Napoli continue to push defending Serie A champions Juventus in the title race, as they trail them by four points with seven games remaining, but more so because of the style of football that he has implemented at the San Paolo.

Should Chelsea make such a change, it would undoubtedly transform the way in which they play, as the two approaches from Conte and Sarri contrast significantly.

While the former has undoubtedly adopted a more pragmatic approach with an emphasis on organisation, defensive solidity along with tactical flexibility, Sarri and Napoli have earned the tag of being Italy’s entertainers with their slick football and attacking flair, scoring 66 goals in 31 league games.

As noted by Sky Sports, even Pep Guardiola was full of high praise for their Champions League group opponents, suggesting that they were one of the best teams he has faced.

In turn, if Chelsea are able to make that change, it will more than likely lead to a very different Blues side next year. Sarri hasn’t demanded, or received, big-money signings throughout his managerial career and has worked with what he has got, and so perhaps that will be another reason for this potential appointment to work.