The Germany international has been linked with the Red Devils on a number of occasions in recent times and would undoubtedly make a fine purchase for any top European club.

Having won two Champions League titles with Real Madrid, one with Bayern Munich and a World Cup for his country, Kroos is one of the most decorated players of recent times and one of the best in the world in his position.

Michael Carrick’s retirement this summer means a signing of Kroos’ calibre is of utmost importance to United, and Don Balon suggest it is very much on the cards.

The Spanish outlet report of Gareth Bale and Luka Modric’s likely departures from the Bernabeu this summer and also mention Kroos as being likely to leave. 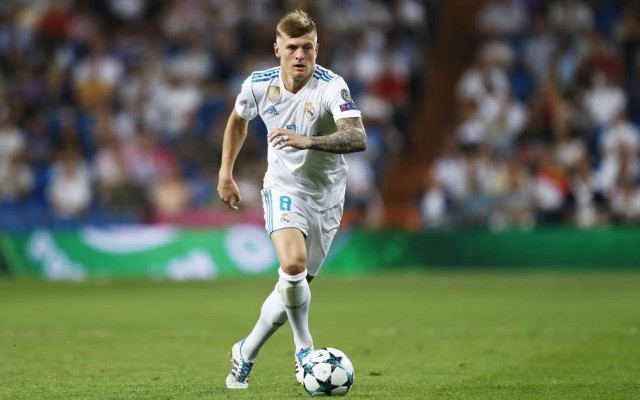 This follows the Daily Mirror recently linking the 28-year-old as a £100m target for Jose Mourinho in the middle of the park, and it seems he’s set to accept an offer coming his way from Old Trafford.

Don Balon also mention Manchester City as suitors for the former Bayern star and if that is true then it could be a major win for United ahead of what they’ll hope is a much more even race for the Premier League title next season.