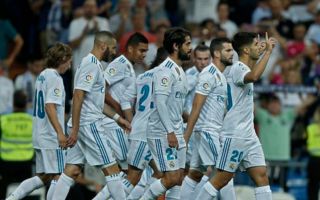 Chelsea fans have reportedly been given reason to be excited over a possible summer signing as reports in Spain claim they’re in talks with Real Madrid ace Marco Asensio.

The Blues have endured a difficult campaign this year, as after the highs of winning the Premier League title in Antonio Conte’s first season in charge, they’ve failed to reach that level this time round.

SEE MORE: All roads lead to Wembley: A trophy for Chelsea this season depends on these three things

With their hopes of making the top four looking slim, along with disappointment in the Champions League, the FA Cup remains their only hope of silverware this season.

Perhaps with the more difficult schedule, it has raised question marks over the quality and depth in this current squad, and so it sounds as though that could be addressed this summer.

According to Don Balon, as re-reported by The Express, Chelsea are in discussions with Asensio in order to convince him to push for an exit from the Bernabeu this summer.

Intriguingly, it’s added that not only is club owner Roman Abramovich particularly keen on the signing, but former teammate Alvaro Morata may play a crucial role in convincing his compatriot to make the move to west London.

Time will tell if the move materialises, but it’s enough to leave Madrid concerned over the situation it’s claimed, but from a Chelsea perspective, it would be a quality addition.

Asensio, 22, has scored 10 goals and provided four assists in 44 appearances so far this season. While he has featured a lot, he hasn’t always managed to convince Zinedine Zidane that he deserves to be a regular in his starting line-up, and so that in turn could spark the desire to seek a new challenge and a more prominent role elsewhere.

Although Chelsea already have Eden Hazard, Pedro and Willian in that similar department, given Asensio’s quality, he arguably has a better shot with the Blues and so it remains to be seen if this exciting potential transfer goes through this summer.