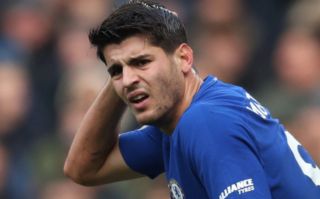 Chelsea face Southampton in the Premier League this Saturday lunchtime.

The Blues will be looking to turn their fortunes around having won just three Premier League games in 2018, with five defeats in their last eight top-flight matches  – leaving them 10 points off of the top four.

Alvaro Morata keeps his place upfront with Olivier Giroud once again on the bench.

Gary Cahill starts after his mistake last weekend and Andreas Christensen is in the side too.

Here’s your #SaintsFC side to face #CFC this afternoon in the #PL: pic.twitter.com/QsYsNu4kWy

Is Southampton vs Chelsea on TV? And is there a stream?