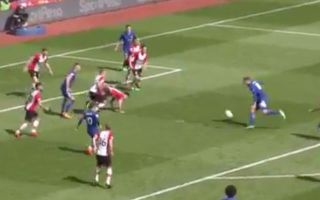 Chelsea completed a stunning comeback to secure a 3-2 win over Southampton on Saturday, keeping their slim hopes of a top-four finish alive.

It looked bad for the Blues as they fell 2-0 behind to the Saints having produced a lacklustre performance devoid of any real quality for the most part.

However, two substitutions from Antonio Conte after they conceded the second sparked them into life, with Olivier Giroud in particular having a huge influence on proceedings with a quick-fire double either side of an Eden Hazard strike.

In turn, Chelsea turned the game on its head in the space of eight minutes to claim a crucial win, one that their supporters will hope boosts confidence and morale within the group as they didn’t look as though they had any chance of taking anything from the game after the first half.

With an FA Cup semi-final against Southampton next weekend, this could also be a psychological blow for Mark Hughes and his side. However, in the more immediate future, their relegation concerns will have increased significantly after surrendering a lead in a game in which they looked to be in full control of.

Southampton have surrendered a 2-goal lead and now find themselves 3-2 down thanks to this strike! ?