Real Madrid have potentially been handed a huge boost ahead of next week’s Champions League clash with Bayern Munich with a huge Bayern star injured.

Aturo Vidal has been pictured limping out of Bayern Munich less than two weeks before the German side’s clash with Real Madrid.

Bayern will face Real in the Champions League semi-final in eleven days time but they could be without the midfield enforcer.

Spanish news outlet MARCA has reported that Vidal was seen limping out of training with the German champions this weekend. It could be a monumental blow to Bayern, with Vidal a vital part of their midfield.

The report states that Franck Ribery and goalkeeper coach Toni Tapalovi had to carry Vidal out of training with the midfielder having also been forced to miss Bayern’s second-leg quarter-final fixture against Sevilla last week through injury. 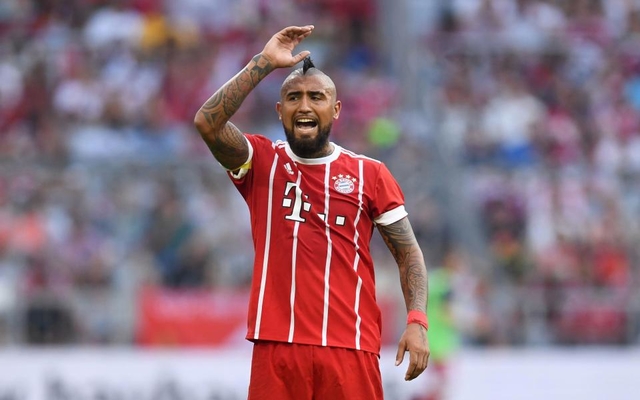 Vidal may be ruled out of Champions League action vs Real Madrid.

The Chilean has played consistently and regularly for Bayern this season as they secured their 28th German title.

Real Madrid will fancy themselves as favourites going into the tie with Zinedine Zidane’s side fighting for a record thirteenth Champions League title and third consecutive title in three years.

Cristiano Ronaldo is also on the verge of history having scored in every single Champions League fixture for Real Madrid thus far this season.