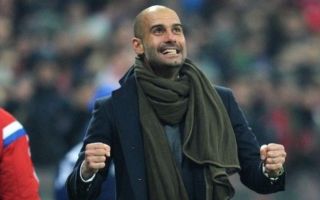 Man City are reportedly now the favourites ahead of both Arsenal and Bayern Munich in the race to sign Ajax and Netherlands wonder-kid Mattijs De Ligt.

The Mirror are stating that De Ligt has been valued by the Dutch giants at £50M, and that this price tag has seen both the Gunners and Bayern take a step back in their pursuits of the youngster.

The news outlet are also stating that Man City, as well as both Arsenal and Bayern, have scouts at Ajax’s mach against PSV on Sunday, showing the defender may just be the real deal after all.

Since emerging onto the football scene last season, youngster De Ligt has already shown that he has the ability to win it all as a footballer.

The 18-year-old constantly showcases his fantastic ability on the ball and high level of maturity, factors that have seen some label him as one of the most promising players in Europe.

The defender’s record of six goals and two assists in 58 appearances for Ajax shows that he’s not just capable of performing in front of his own goal.

Should Man City be serious about De Ligt, it’ll be interesting to see if they feel it’s worth forking out £50M for a player who is still just 18 years old.