Arsenal are reportedly set to try again to seal the transfer of Juventus defender Daniele Rugani after being linked with him in January.

Manchester United were also reported as being in for the Italian centre-back by Il Posticipo, though a £35million deal to either side failed to materialise.

Both sides look in need of strengthening at the back this summer, with Transfermarketweb claiming the Gunners could be looking at Rugani to replace the under-performing Shkodran Mustafi.

The Germany international has not lived up to expectations at the Emirates Stadium and it’s clear the club cannot rely on him and other passengers for much longer.

Calum Chambers and Rob Holding are not much in the way of backup, and Per Mertesacker will be retiring at the end of the season. 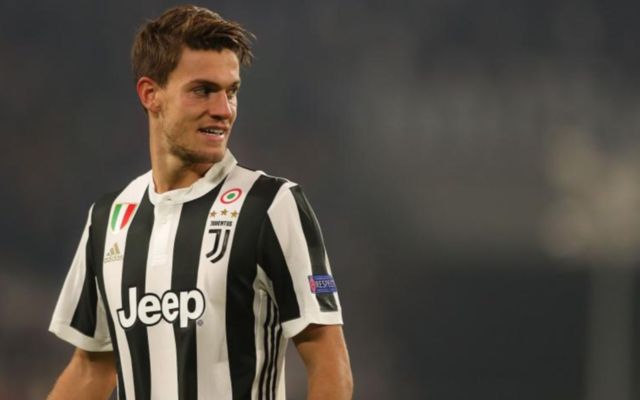 Arsenal and Manchester United have been linked with Juventus’ Daniele Rugani

Even Laurent Koscielny may not be first choice for much longer as he starts to show signs of age and it may be time for the club to move on from the Frenchman despite eight years of reliable service.

Rugani has not been a regular for Juventus and the chance to snap him up seems too good to turn down if it is indeed an option for Arsenal this summer.

United could do with Rugani as well, however, with upgrades needed on the likes of Chris Smalling and Phil Jones, though they may have more big-name targets in mind.