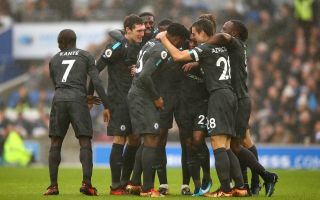 The Red Devils have been linked with Willian on a number of occasions in recent times, with the Sun recently reporting of Jose Mourinho’s continued interest in the Brazil international.

Crooks has endorsed the signing by hailing Willian as Chelsea’s best player this season after he played a starring role for them again as they beat Southampton 3-2 at St Mary’s.

There seems no doubt United could do with that kind of quality and energy in their attack after a frustrating season in which they’ve largely failed to break teams down, particularly in their most important matches.

Crooks believes interest in Willian could raise doubts over Paul Pogba and Juan Mata’s futures at United, as he plays in a similar attacking role.

The BBC Sport pundit, however, believes it could be a superb raid on their rivals and one that could be enough to send the title back to the red half of Manchester.

‘I think this lad has been Chelsea’s best player this season,’ Crooks said.

‘He provided two assists against Southampton and has been as consistent as anyone in the Blues line-up. Rumours that Manchester United have their sights set on Willian make for interesting reading.

‘Does this mean Paul Pogba or Juan Mata might be surplus to requirements? The bigger question is whether Chelsea would sell another one of their star players to United.

‘If so, Antonio Conte might as well give Mourinho the contact details of the company which engraves the Premier League trophy while he’s at it.’