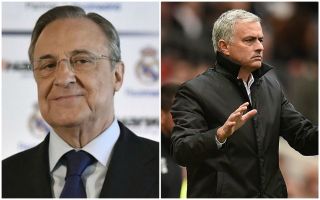 Manchester United goalkeeper David de Gea has reportedly agreed terms on a transfer to Real Madrid that now hinges on the club selling one of their players to raise the funds for the move.

According to Don Balon, the Spain international has held talks with Madrid over the last few weeks and informed United that he wants out of Old Trafford this summer.

Don Balon cite information from the Spanish TV show El Chiringuito that claims Real are now aware they need to strike a deal to sell James Rodriguez on a permanent deal to Bayern Munich to raise around €55million to go towards De Gea’s €100m transfer fee.

De Gea is one of the best goalkeepers on the planet right now and looks a superb signing for Los Blancos if they can pull it off, as they notably failed to do in 2015, as reported by BBC Sport.

The 27-year-old is one of United’s most important players and losing him will no doubt be a huge blow, though Jose Mourinho may well feel it is a bigger priority to strengthen in attack instead of keeping hold of an unsettled defensive player.

Still, fans likely won’t be pleased if this move does go through as they will surely need their best and most experienced stars if they are to stand any chance of closing the gap on Manchester City next season.