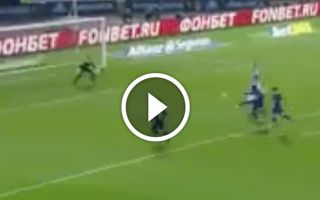 Barcelona ace Ousmane Dembele hasn’t had the easiest of seasons this year, but he enjoyed his moment on Tuesday night against Celta Vigo.

The 20-year-old has been restricted by injury woes and poor form for the most part since arriving at the Nou Camp last summer, making 18 appearances in all competitions, scoring just one goal and providing seven assists.

SEE MORE: ‘To humiliate a rival, I don’t like it’ – La Liga chief supports Real Madrid stance on snubbing Barcelona

His wait for his first La Liga goal finally ended this week though, as he produced the sensational finish seen in the video below to break the deadlock away at Celta Vigo.

That will undoubtedly be a huge boost for his confidence, and he’ll hope to finish the season strong in the closing weeks to end on a positive note heading into the summer.

From Barcelona’s perspective, they were pegged back before the half-time interval, but they’ll be hoping to extend their unbeaten run and take a step closer to the La Liga title with a positive result.

With the weekend’s Copa del Rey final in mind, Ernesto Valverde opted to rotate and rest several key individuals, with the likes of Lionel Messi, Luis Suarez and Gerard Pique not starting.

In turn, he will be delighted that Dembele stepped up and produced a memorable moment to grab his opportunity and prove his worth.

What a strike by Dembele..