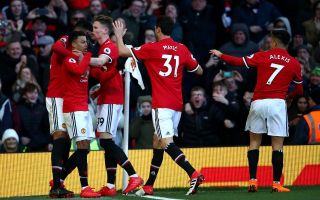 Manchester Utd travel to Bournemouth to face the Cherries in the Premier League tonight.

The Red Devils will be looking to bounce back from a disappointing defeat to West Brom at Old Trafford which handed their local rivals, Manchester City, the Premier League title.

They will be hoping to secure a Champions League place next season and crucially finish above Liverpool, who are only a single point behind in the table.

As for Eddie Howe’s Bournemouth, safety is almost assured, but they lost to the Merseyside team on Saturday, falling 3-0 to the Reds at Anfield.

Mourinho also promised changes ahead of the crucial FA Cup semi-final against Tottenham and he has made seven today.

Paul Pogba starts and so does Phil Jones who has recovered from a hamstring injury.

? Headline team news from Vitality Stadium ahead of our @premierleague game against @ManUtd.

Is Bournemouth vs Man Utd on TV and is there a stream?