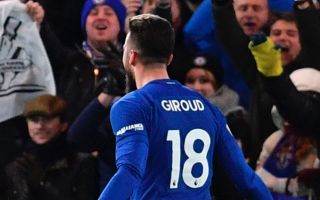 Burnley host Chelsea in the Premier League with the Blues looking to apply pressure on Tottenham in 4th place.

Burnley have enjoyed a brilliant campaign and won their last five League games and are closing in on Arsenal in 6th place.

They are in pole position to claim a European place after they beat Leicester 2-1 win on Saturday and are just two points behind the Gunners.

If Southampton do not win the FA Cup then seventh place will see a team playing European football next season.

However, there a consequences for finishing 7th instead of 6th.

A team must enter the Europa League second qualifying round only 11 days after the World Cup has finished – with the first match scheduled for July 26.

As for Chelsea, they almost lost to their FA Cup semi-final opponents Southampton on Saturday.

However, Olivier Giroud continued his remarkable scoring feat from the bench and inspired Chelsea to victory.

When is Burnley vs Chelsea and what time is kick-off?

Is Burnley vs Chelsea on TV and is there a stream?

The host will be without Ben Mee (shin), Jonathan Walters (fitness), Scott Arfield (calf), Steven Defour and Robbie Brady (both knee) who are all unavailable.

Marcos Alonso was charged by the FA, with the Chelsea defender facing a three-game ban if charged and found guilty of violent conduct for his tackle on Southampton striker Shane Long.

He has until 6pm today to appeal the decision.

Olivier Giroud may start upfront ahead of Alvaro Morata.