AC Milan are looking to do battle with reigning European champions Real Madrid, with the Italian side reportedly eyeing up a €100M move for Torino ace Andrea Belotti.

Don Balon are reporting that the Serie A side are looking to become of the best teams in Italy again, and that they are willing to splash the cash in order to full-fill this aspiration.

The news outlet are also stating that the club are willing to fork out €100M for the player in order to snatch him from under the noses of Los Blancos, news that will not be music to the ears for Madrid supporters. 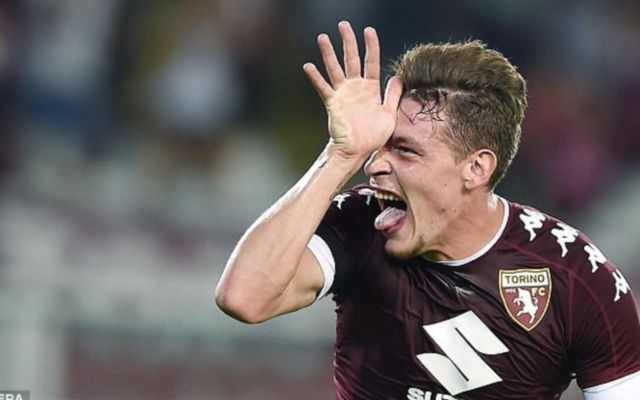 Milan could snatch Belotti from under the noses of Madrid with a big money move for the Italian.

Italian forward Belotti has become one of the greatest strikers in world football these past few season, with the 24-year-old showing his quality time and time again for Torino.

Last season, the forward managed to bag an impressive total of 26 goals and eight assists in 35 league appearances for Torino, a record of almost one direct goal contribution per game, a very impressive return indeed.

This season has faired a bit differently for the player, as Belotti has only managed to clock up a total of nine goals and three assists in 26 league outings, a record that we’re sure the player himself is not very happy with.

Despite his downturn in form this campaign, Belotti is still regarded by many as one of the most lethal forwards in Europe, with it only being a matter of time before he surely leaves Torino in order to move to a bigger, better side.