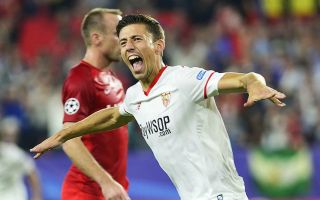 Liverpool are reportedly ready to rival Barcelona for the bargain transfer of Sevilla defender Clement Lenglet in this summer’s transfer window.

The Reds could sign the talented 22-year-old for as little as €30million (£26m) due to the release clause in his Sevilla contract, and on this season’s evidence that could be a real steal.

Liverpool urgently need to tighten up at the back if they are to be a force in next season’s Premier League title race, with their defensive mishaps in the first half of this season letting them down.

The stunning displays of Mohamed Salah, Roberto Firmino and Sadio Mane have helped Liverpool to a stronger second half of the campaign, but while they’ve reached the semi-finals of the Champions League, it’s proven too little, too late in terms of challenging Manchester City for the title.

A defensive addition like Lenglet could prove just the upgrade needed to phase out Dejan Lovren and Joel Matip and add a quality centre-back partner for January signing Virgil van Dijk.

Sport claim Liverpool are up against Barcelona for the Frenchman, so it could prove a difficult signing to obtain for Jurgen Klopp.