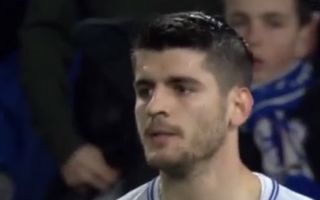 Thursday night worked out alright in the end for Chelsea who recorded a 2-1 win at Burnley despite fielding a much-changed XI.

Antonio Conte’s most interesting decision saw him field two out and out strikers, with Olivier Giroud and Alvaro Morata starting up front together.

That partnership was broken up on 71 minutes when Morata was hooked to make way for substitute Eden Hazard.

Morata did not react well to being taken off.

The Spaniard stormed back to the dugout in a huff and was seen throwing a tantrum… and a boot.

Chelsea fans on Twitter seemed to have very little sympathy for Morata, who had earlier missed a one-on-one chance to score.

It is unclear whether Morata was annoyed with Conte for taking him off, or with himself for another uninspiring performance. 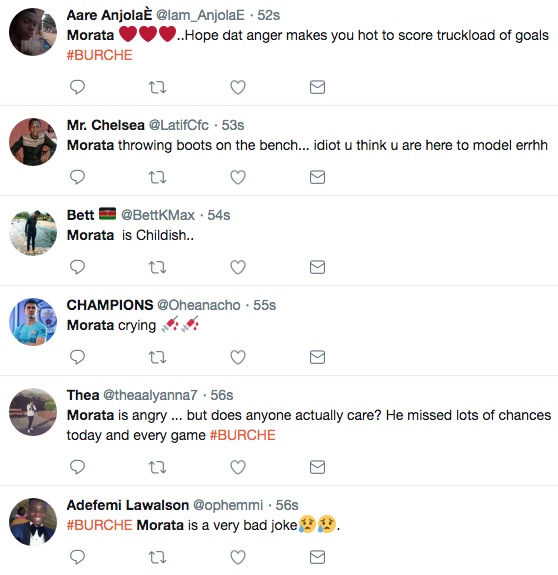 Chelsea went ahead courtesy of a first-half own goal by Kevin Long.

Burnley briefly equalised through a lucky Ashley Barnes strike, with the frontman deflecting a shot from team-mate Johann Berg Gudmundsson past Thibaut Courtois.

Victor Moses, who had claimed an assist for Long’s own goal, scored the winner.