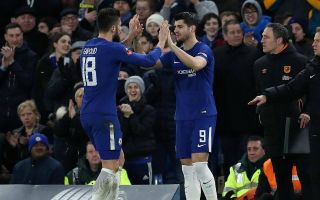 It’s nearly time for Burnley vs Chelsea at Turf Moor.

Burnley have enjoyed a fantastic campaign and won their last five League games and are two points behind Arsenal in 6th place.

They are in pole position to claim a European place after they beat Leicester 2-1 win on Saturday and are just two points behind the Gunners.

If Southampton do not win the FA Cup then seventh place will see a team playing European football next season.

Olivier Giroud inspired Chelsea to victory against Southampton last weekend after coming off the bench.

Marcos Alonso is banned for three games and will also miss the game against Southampton in the FA Cup.

Antonio Conte has rotated his team ahead of the weekend game with Eden Hazard and Willian among those dropping to the bench.

Is Burnley vs Chelsea on TV and is there a stream?