Emerson Palmieri made his first Premier League start as Chelsea won 2-1 at Burnley on Thursday night.

Filling in for the suspended Marcos Alonso, the 23-year-old Brazilian left back played 83 minutes at Turf Moor.

How did Palmieri – who cost Chelsea £17.6m plus £7m in add-ons during the January transfer window according to Sky Sports – get on?

According to Whoscored.com, Palmieri touched the ball 64 times.

He made one tackle, one foul, no interceptions and one clearance.

Going forward, Palmieri completed one dribble, won one free-kick and had one shot which was on target.

He completed 76.9% of his 39 passes, including one which earned him an assist when it found Victor Moses who scored the winning goal.

As illustrated by this graphic from MailOnline, Palmieri stayed out wide for most of the game, but covered the whole length of the field. 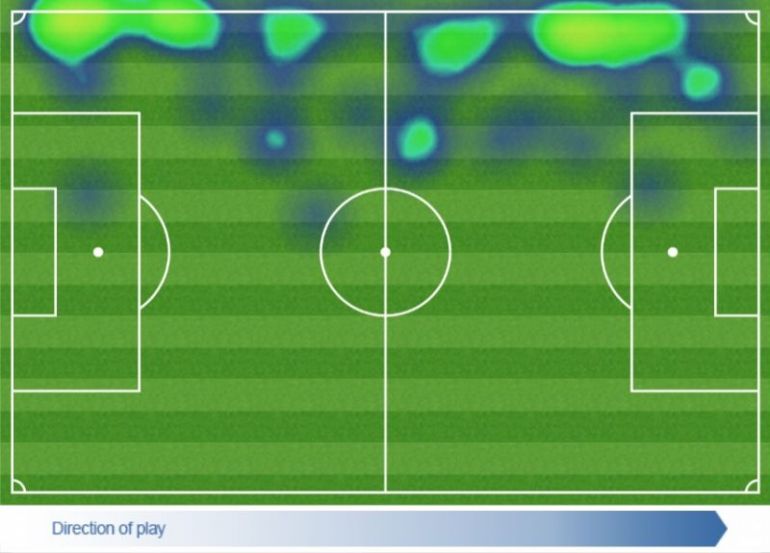 Chelsea fans had earlier expressed their excitement at the prospect of seeing Palmieri in action, after Alonso was hit with a ban which made the Brazilian’s place in the team a practical certainty.

And Blues supporters, on the whole, appeared to be impressed with what they saw of their new man at Turf Moor.

Emerson has been great.

Someone actually watched Emerson in the training day in day out and still opted to play Alonso, Unbelievable!!

We better use Emerson more often next season

Zappacosta ON
Palmieri OFF

Emerson Palmieri to start on Sunday vs Southampton. https://t.co/kHjSFouoPF

Emerson has shown two things tonight:
1. He is million times better than Alonso.
2. Conte can’t be trusted with players.