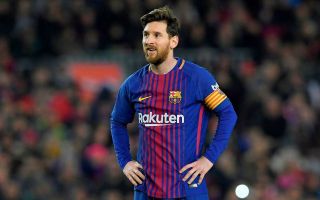 Barcelona remain on course for a La Liga title and Copa del Rey double this season, but they’ll potentially be looking to strengthen where possible this summer.

The Catalan giants fell short in the Champions League and question marks have been raised by supporters throughout the campaign over Ernesto Valverde’s lack of rotation.

In turn, this potential deal seems like a sensible idea as Don Balon, as re-reported by The Express, suggest that Valencia could be willing to offer €60m for Barcelona pair Andre Gomes and Paco Alcacer and Barca are ready to cash in.

The latter has been limited to 20 appearances in all competitions so far this season, with a decent return of seven goals and four assists.

However, the 24-year-old remains down the pecking order at the Nou Camp behind Luis Suarez, and so in order to secure regular football and a more prominent role, he could be open to a return to his former club.

The same could be said of Gomes, as the Portuguese international hasn’t been able to establish himself as a key figure at the Nou Camp since arriving from Valencia in 2016, despite making 31 appearances this season and continuing to feature regularly despite the coaching change.

Having failed to entirely convince, it could now lead to an exit for the 24-year-old, and the report adds the Lionel Messi has given his ‘approval’ to the double exit going through.

Should Barcelona collect €60m for the pair, it could perhaps help fund their own spending this summer to strengthen the squad.

Nevertheless, losing Gomes and Alcacer would leave them short in their positions in midfield and attack, and so although they would be offloading players surplus to requirements, they’ll need to be replaced in order to avoid losing key depth to compete on various fronts.