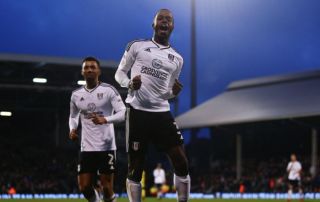 Fulham starlet Ryan Sessegnon is a youngster in demand it seems as reports claim that Monaco have joined Man Utd and Tottenham in the bid to sign him.

The 17-year-old has been in fine form this season, scoring 14 goals and providing six assists in 46 appearances for the Cottagers to earn plenty of interest from elsewhere.

There’s a strong argument that he should remain with Fulham for the time being to continue to play regularly and develop his game, but ultimately the big clubs are seemingly beginning to knock on the door.

According to The Sun, Monaco have joined Man Utd and Tottenham in the transfer battle to land his signature, with the report adding that he will cost around £30m.

United’s need for a left-back is arguably most obvious, with Jose Mourinho continuing to favour Ashley Young out of his natural role ahead of the likes of Luke Shaw and Matteo Darmian.

While the stalwart has done a commendable job filling in there, it’s questionable as to how long the Red Devils can continue without addressing the situation and bringing in a long-term solution.

At just 17 years of age and with the quality that he has already shown so early in his career, Sessegnon arguably ticks all the boxes required and so it’s no surprise that Man Utd are facing competition.

Time will tell if he can be prised away from Craven Cottage this summer, but based on this report he won’t be short of options. It’s questionable as to whether he’ll get this much playing time elsewhere, and so in the interests of his career and development in the coming years, Fulham will undoubtedly be arguing that he’s better off staying with them as they also chase promotion back to the Premier League this season.