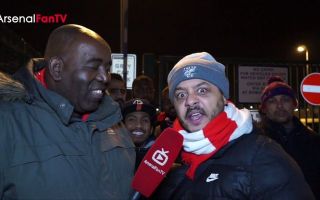 After Arsene Wenger confirmed his intention to step down as Arsenal manager at the end of the season on Friday, ArsenalFanTV were quickly a talking point.

Although many respect the veteran tactician for the job he has done at the club over the past 22 years, he has often been a very divisive figure on the popular YouTube fan channel.

Regulars such as Troopz and DT have raged over his continued stay at Arsenal for years, as they have argued that Arsenal were desperately in need of a change on the bench to arrest their slide and to be able to compete for major honours again.

Wenger arrived in 1996 and has won three Premier League titles and seven FA Cups during his time in charge. However, in recent times, it’s been more about trying to finish in the top four in the Premier League.

It remains to be seen if that’s the case or if Wenger’s successor suffers the same fate next season. However, there will undoubtedly be plenty of passionate responses in the coming days and weeks to the Wenger announcement, with AFTV hoping to prove these comments wrong.

Arsenal fan tv is going to be dull after this!

Nooooo!!! Does that means no more rants from Arsenal Fan TV?

Shares in AFTV have plummeted with this news

In a weird way this is gonna be bad for ArsenalFanTV business. I feel like many views come from people viewing Wenger rants. ?

So that’s the end of the channel.