What started as a sad day for Arsenal fans with the resignation of Arsene Wenger could turn into the stuff of dreams as they’re given a surprise boost regarding Lionel Messi.

In an incredible revelation from the Daily Mail, it’s claimed that Arsenal would be the club in pole position to sign the Barcelona superstar if they bring in Luis Enrique as their choice to replace Wenger.

The report states that the Spanish tactician has already held talks over taking the Arsenal job and that means the Gunners would hold a big advantage over their rivals if Messi were to ever consider a transfer to the Premier League.

That, of course, probably remains a fairly big ‘if’, though anything is possible in football and Arsenal certainly like to play the Barcelona way, so would be an easy transition for the Argentine. 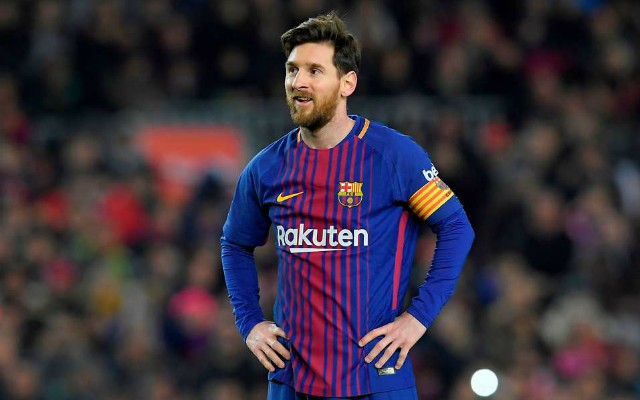 Messi shone under Enrique during their three seasons together at the Nou Camp, so it could be that that dream team could be reunited at the Emirates Stadium one day.

Other managers continue to be linked as potential Wenger replacements, but there does seem to be a lot of talk regarding Enrique in particular, with the Sun also claiming he’s the front-runner to come in.

Many Arsenal fans had grown weary with Wenger after a difficult second half of his reign in north London, but he’d cement legendary status for himself at the club forever if, by quitting, he somehow took the team closer to signing Messi.