Chelsea take on Southampton this weekend hoping to book their place in the FA Cup final, and so Antonio Conte will have to get his starting line-up spot on.

The Blues are still battling for a top-four finish in the Premier League to secure Champions League football next season, but they’ll be desperate to claim some silverware too and will hope to see off the Saints to set up a final against either Manchester United or Tottenham.

Here’s how Chelsea could line up against Mark Hughes and his men on Sunday.

GK – Thibaut Courtois: Despite suffering from a dip in form towards the end of the season, the Belgian number one will be trusted to keep out the likes of Shane Long and Charlie Austin on Sunday. Courtois has a big summer ahead with Belgium, so will be focused on ending the season with silverware.

RB – Victor Moses: The Nigerian has been under pressure from Davide Zappacosta this season for selection, however, with the Italian likely to fill in for Marcos Alonso at left back, Moses will keep his spot at Wembley. Memories of his red card in last year’s final will still be fresh.

LCB – Cesar Azpilicueta: ‘Dave’ has continued to shine at the back despite Chelsea’s defence taking a recent hammering. Often captaining the side, the Spaniard is one of the first names on the team sheet.

CB – Andreas Christensen: A few high-profile mistakes have shook the confidence of the young Dane; he has often bounced back with commanding performances at the heart of Chelsea’s defence. Two goals were conceded last weekend against the Saints, with Christensen keen to marshal a clean sheet.

RCB – Gary Cahill: Keeping Rudiger out of the side, Chelsea’s captain is striving for a positive end to a turbulent season. His pace and positioning have been questioned throughout the year, however, his experience in the big fixtures will suit a day out at Wembley.

LB – Davide Zappacosta: With Marcos Alonso receiving a three-match ban from the FA, the Italian will be tasked with filling the shoes of the PFA Team of the Year’s left back. 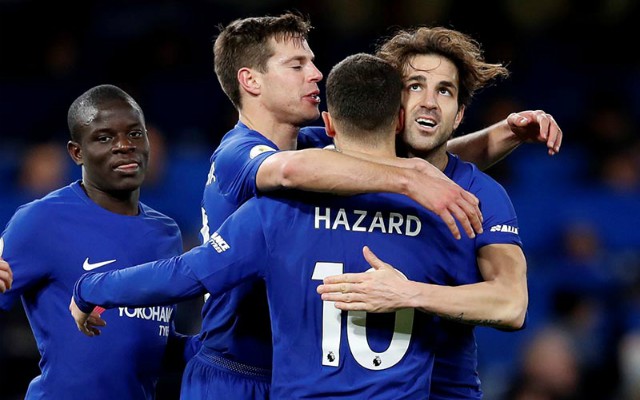 CM – Cesc Fabregas: The Spaniard’s guile and creativity will be crucial in unlocking a Southampton defence that are likely to sit back early on at Wembley.

CM – N’Golo Kante: Chelsea’s engine will relish the space he will get on the Wembley surface. Turning defence into attack, the Frenchman will be pivotal in winning the ball deep and providing the flair players with the ball.

RW – Willian: The Brazilian has shone throughout two or three purple patches this season, with the latest hoping to last until the season’s end. Nimble on the ball, Willian is able to create something from nothing.

LW – Eden Hazard: Too often, Hazard fails to provide on the big occasion. Grabbing a goal at St. Mary’s last weekend will help his confidence as he searches for a Wembley strike.

FW – Olivier Giroud: After finding two goals last weekend against Sunday’s opposition, it would be hard to find an argument to drop the Frenchman. Morata has been finding some of his early season form, however, goals equate to starts.