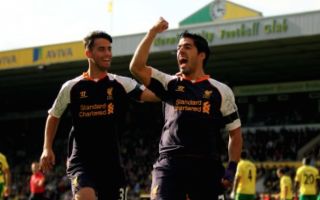 Liverpool are reportedly stepping up their bid to prise Suso back to the club as they prepare a big-money contract for the AC Milan winger.

The 24-year-old left Anfield in 2015, and has undoubtedly come a long way having established himself as a key figure for the Rossoneri.

He has continued to emerged as a key creative spark for Gennaro Gattuso’s side, scoring eight goals and providing 12 assists in 45 appearances so far this season.

Question marks have been raised over his ability to make an impact in big games though, as he has gone missing on several occasions. Particularly with Milan relying so heavily on him to make something happen, it has led to some criticism from supporters in recent weeks.

According to Calciomercato, as per the paper edition of La Gazzetta dello Sport, Liverpool are ready to make their move to take him back to Merseyside, and are said to be willing to offer an €8m-a-year contract which represents a €5m-a-year pay rise on what he currently earns at the San Siro.

After losing Philippe Coutinho to Barcelona in January, the Reds are perhaps in the market for a creative playmaker to fill that void, with Suso potentially having the quality to help link play and provide for the dangerous attacking trident of Mohamed Salah, Sadio Mane and Roberto Firmino.

However, should Jurgen Klopp be determined to land his signature this summer, Calciomercato have previously revealed that the Spaniard will cost €40m, as per the release clause in his current contract.

While he may have struggled as the main threat for Milan, pairing him up with likes of Salah and Firmino could be an ideal fit for Suso to lessen the burden and showcase his quality. Time will tell if Liverpool are able to reach an agreement and secure a reunion.