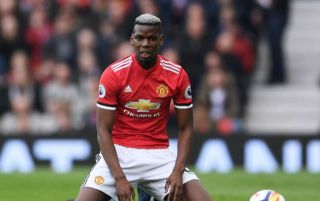 Manchester Utd and Tottenham Hotspur will battle for a place in the FA Cup final shortly.

The Red Devils come into the game in good spirits after they defeated Bournemouth 2-0.

Jose Mourinho will be looking to win another FA Cup and he has won the FA Cup once, with Chelsea in 2006/07.

Tottenham were held to a 1-1 draw at Brighton on Tuesday night, but will be looking to win their first piece of silverware in 10 years.

Spurs, will effectively have a home advantage, having used Wembley as their base this season.

Jose Mourinho makes five changes from Wednesday’s win over Bournemouth, but Ander Herrera and Paul Pogba start for the Red Devils after coming off before full-time.

As for Spurs, Mauricio Pochettino has kept faith in Michel Vorm to guard the Tottenham goal.

Vorm has started in every FA Cup game for the north London side, thus far.

However, Toby Alderweireld drops to the bench.

Is Man Utd vs Tottenham on TV and is there a stream?