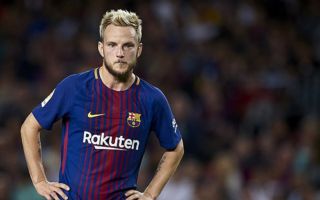 It’s nearly time for the Copa dey Rey final as Barcelona will be looking to secure the first half of their domestic double when they take on Sevilla.

Barca are on course to create history in La Liga title, as they boast a 12-point lead over nearest rivals Atletico Madrid with just five games remaining and crucially, they are still unbeaten.

Sevilla head into the game without a win in their last six, although they may take some confidence from the fact that they secured a 2-2 draw with Barcelona on March 31.

They were also narrowly knocked out of the Champions League quarter-finals against Bayern Munich.

When is Sevilla vs Barcelona and what time is kick-off?

The game is at the Wanda Metropolitano in Madrid with kick-off at 8.30pm BST.

The game will be shown live on Sky Sports Mix from 8.25pm and it can be streamed live online using Sky Go.

Simon Kjaer is a doubt Sevilla as he struggles with a hamstring complaint.

Sebastien Corchia (groin) will miss out on a cup final outing, however, Luis Muriel and Pablo Sarabia are pushing to start.

There was great news for Barca as Ivan Rakitic (broken finger) was included in the squad to face his former club.

Lionel Messi, Luis Suarez, Jordi Alba, Gerard Pique, Andres Iniesta, Sergio Busquets and Samuel Umtiti all ready to step back into the starting XI after being rested in the 2-2 draw against Celta Vigo last weekend.

This could be Iniesta’s last Copa del Rey game as reports continue to suggest he’ll be leaving his boyhood club this summer.