Barcelona midfielder Andres Iniesta looks to have played his last cup final for the club and it couldn’t have gone better as he scored and lifted the trophy after a 5-0 win over Sevilla.

The 33-year-old was in superb form for the Catalan giants, showing all that class and quality that has defined his illustrious 16-year career at the Nou Camp.

According to Don Balon, Iniesta had a message to the rest of the Barca squad at half time, which spurred them on to produce a memorable performance and tribute to their captain.

Don Balon claim Iniesta told the rest of the players that he wanted to score and that he wanted it to be an ‘unforgettable’ final as he knew it would be his last one in a Barcelona shirt. 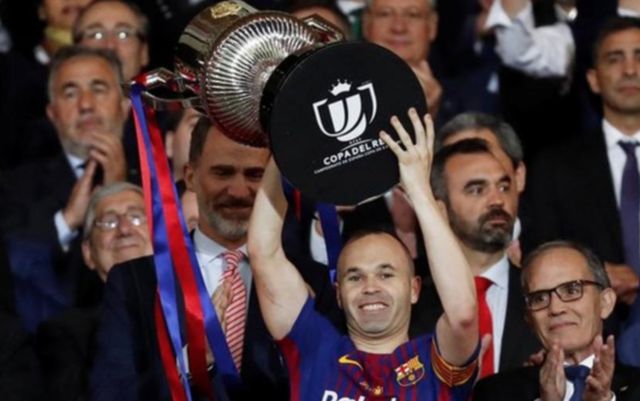 The report states this rubbed off on Lionel Messi in particular, and it was the Argentine who ended up providing the assist for Iniesta as he netted against Sevilla.

It was a fitting way for one of the game’s greats to make one of his last major contributions to the club, who also remain on course to win La Liga this season.