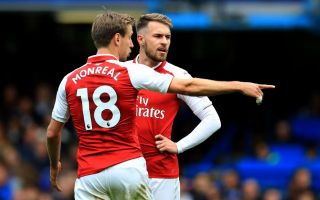 Arsenal fans have a message for whoever replaces Arsene Wenger as manager after watching today’s 4-1 win over West Ham.

The Gunners were in fine form despite a scare from the Hammers in the second half, scoring three times in the final ten minutes to take all three points.

Aaron Ramsey was in particularly eye-catching form with a goal and an assist, with fans positively purring over the display and urging the club to sort out getting him a new contract.

On top of that, the consensus seems to be that Ramsey should be the next Arsenal captain when the new manager comes in and a new era begins at the Emirates Stadium. 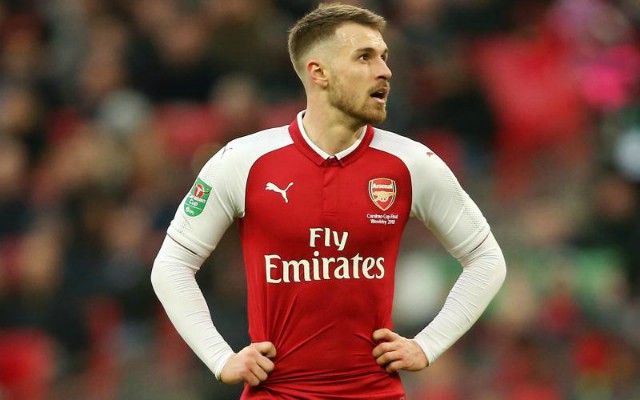 Aaron Ramsey for next Arsenal captain?

The Welshman has been at the club since all the way back in 2008 and has had to fight his way back from injury and other setbacks to become a key man in the side once again.

It seems a decent enough choice, so will the next Arsenal manager listen to these Gooners’ tweets?

Next manager needs to make him captain. If he's still around at Arsenal… https://t.co/AahNCAgArP

Allegri has a good record with his players fitness and injuries wise I think. Arsenal need to hire him and build the team around Ramsey, would make him captain.

This guy could be Arsenal’s Gerrard/Lampard type figure, recent years injuries have fucked him.

Aaron Ramsey is class. Give him the captain's armband and all the money

Desperately want Ramsey to sign the extension and become our permanent captain.

Ramsey should be made captain next year. Don’t @ me

Ramsey the next captain https://t.co/QRBTunAQZX

Forget the 'British Core', Aaron Ramsey is at the core of everything good coming out of @Arsenal. Has my vote for next season's club captain.