Barcelona and Real Madrid are ready to do battle in the race to secure the signing of Tottenham and England superstar Dele Alli, who himself is willing to depart the north London club if they don’t finish in the top four this season.

Don Balon are reporting that the Bluagrana are willing to offer more than €120M in order to bring Alli to the Camp Nou, and that Madrid would be willing to include Gareth Bale in any deal for the midfielder.

The news outlet have also said that the player himself could very well leave the Premier League side should they fail to qualify for next season’s Champions League, something that will surely be seen as good news by both sides. 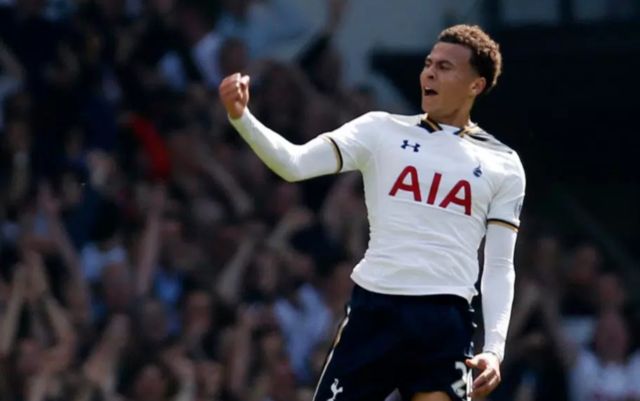 We could be set for a big bidding war between Barca and Madrid for Alli’s signature.

Since emerging onto the scene for MK Dons and Spurs, Alli has managed to stake a claim for being one of the brightest young talents in European football with his performances.

In 142 appearances, the Englishman has managed to clock up a total of 45 goals and 41 assists in all competitions, a superb record for a player of his age.

It’s not just Alli’s eye for goal that have been on display this season, as the 22-year-old has also managed to bag 17 assists in all competitions, showing that the midfielder’s overall game is only going to get stronger as time goes on.

Should Barca and Madrid be serious about Alli, we can only imagine how entertaining a bidding war between the two would become in the summer.