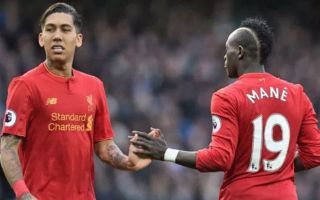 Sadio Mane and Roberto Firmino all but booked Liverpool’s place in the Champions League final next month, after the Reds duo bagged a quick-fire double for Jurgen Klopp’s side.

Mane scored in the 55th minute after Mohamed Salah played the ball across the penalty area for the Senegalese international to slide home.

Brazilian ace Firmino then added a fourth to Liverpool’s scoresheet, after Salah played the ball in again, inly for the former Hoffenheim forward to tap home to put the result beyond any reasonable doubt.

It’ll take a massive miracle for Liverpool to screw this one up, with Reds fans now being able to look forward to seeing their side compete in their first european final since 2005.

Here are two clips of the goal. The Merseyside club are an absolute joy to watch when they’re in this kind of form, aren’t they?